Snowshoot at My Back Garden

On the 7th of February 2021 a blizzard named Darcy hit the Netherlands followed by a week of winter with temperatures well below freezing.

When the sun eventually came out it was time to clear away the snow from the runway, taxiways and platforms at “my back garden” aerodrome Twente Airport. I got invited along by friend and pilot Bob Fischer of the Vliegclub Twente to do a ‘snowshoot’ in front of the hardened aircraft shelters.
A nice bonus was a ride-along in a 4X4 truck from the airport over the runway and the C-Platform to shoot the stored passenger aircraft!

The middle of the country saw the heaviest snowfall with drifts leaving a layer up to half a meter. Twente Airport in the east was totally covered so efforts were made to clear the runway, taxiways and aprons to commence operations.
A job that proved difficult even after a plough removed most of it up to a last few centimetres (so as not to damage the tarmac). The constant freeze kept it from thawing.

However that was enough to roll out three of the light aircraft of the local flying club out of their concrete shelter for a photoshoot in idyllic winter conditions. It was also good to drive on in a 4X4 truck as one from the airport.

On the morning of February the 11th a group of members came over to the flying club to clear away snow manually left by the plough and hopefully eventually fly. Although flying in club aircraft would only be possible in one as the others were in maintenance. This aside from the Van’s RV-9A, which is a privately owned plane. 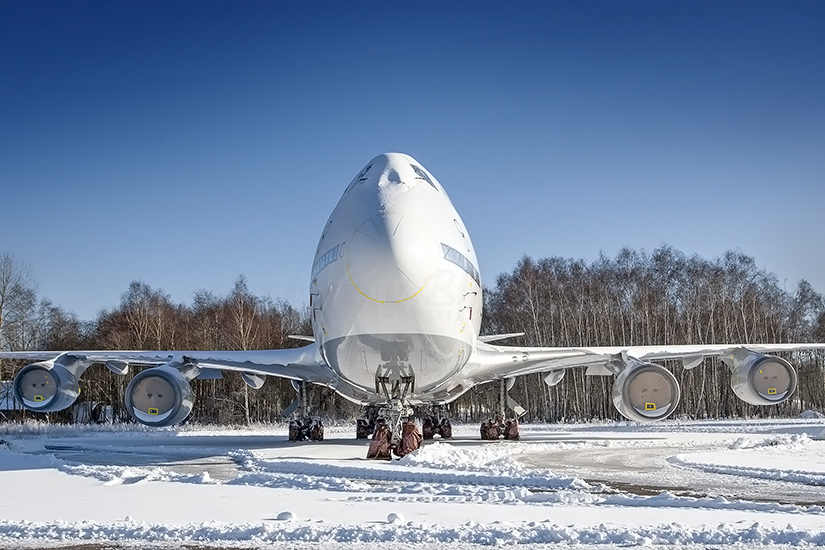 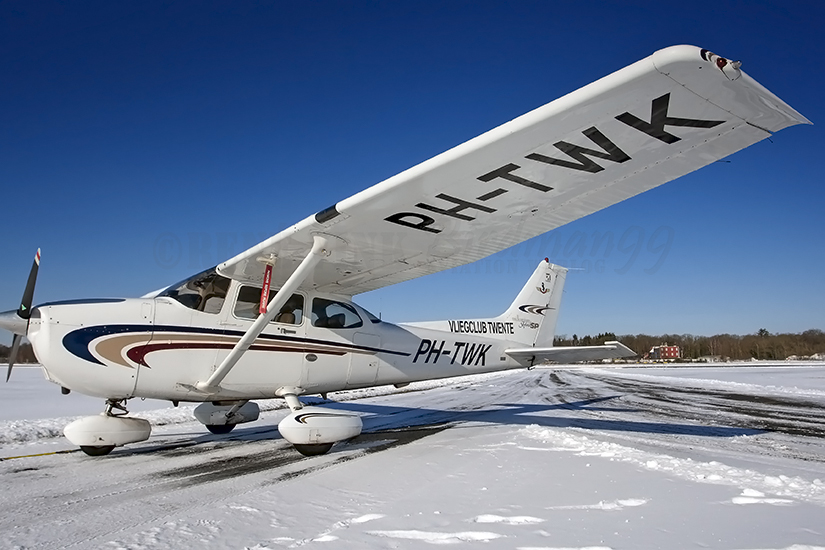 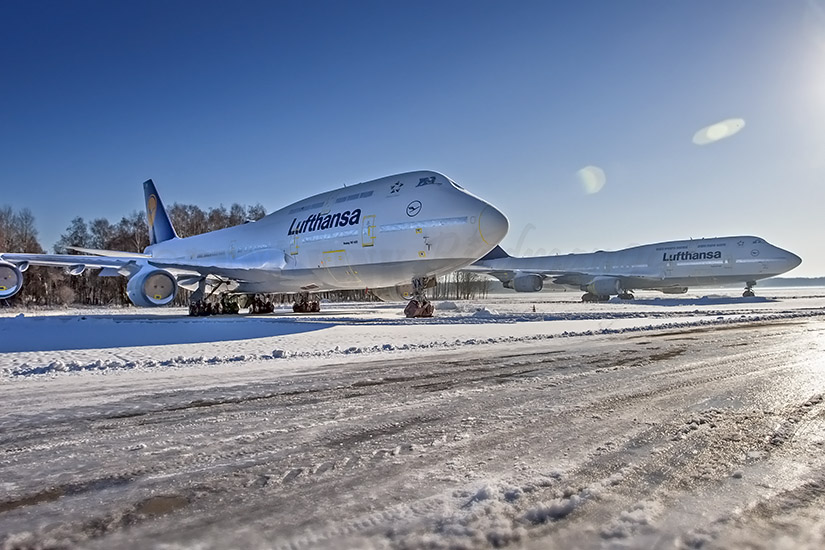 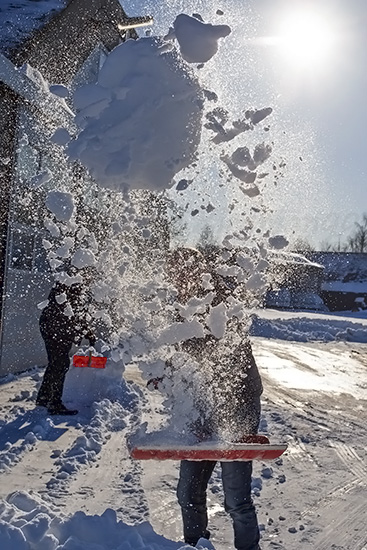 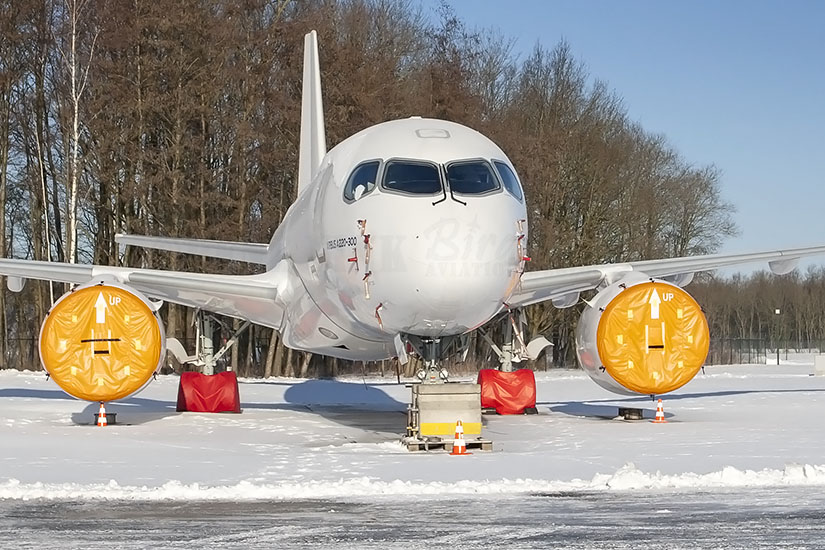 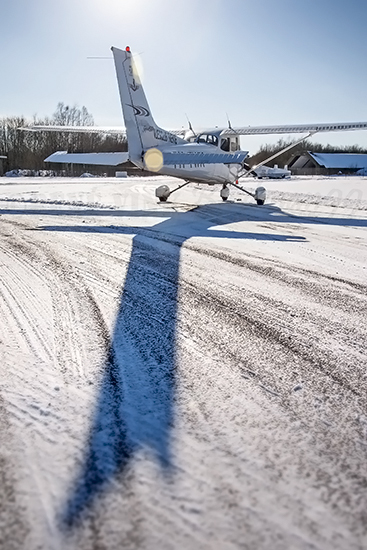 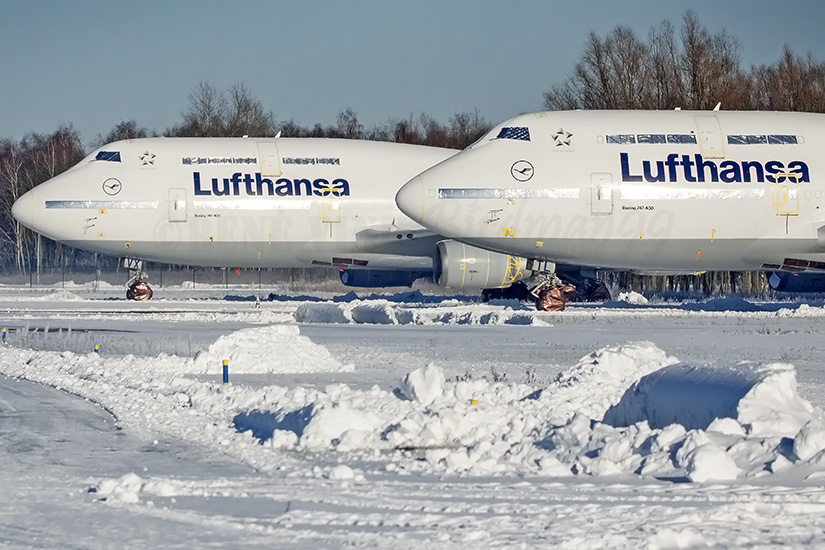 Snowy winter weather is something I really like, the same world looks ever so different. One can dress to the colder temperatures as I did with a special thermos suit, snow boots, thick hat and so on. I was warm all the time!
Bob and I were aiming to do a ‘snowshoot’ since the first light snow fall a few weeks earlier so when this proper amount now was here it only needed to be cleared.

Before bringing the plough a worker of the airport came over to the club for orientation. I noticed the empty seat in his 4X4 and called shotgun. That’s how I could shoot the Lufthansa 747-400’s and A220 on the C-platform. We were sliding a lot on the still iced over runway which was fun too (of course)!
Back at the shelters again the plough arrived and I got shooting the clearing of the snow. Then it was time to tow two Cessna’s and the RV-9A out to shoot them in the show, as intended.

A wonderful experience playing in the snow, honouring my ‘label’ as an “all weather photographer”!

Many thanks to the Vliegclub Twente, Twente Airport, Bob Fischer and Harry Roerink!