Over the Iron Curtain

14m ﻿On holiday in Germany Birdman99 Manager Dennis de Vries and I visited Grenzmuseum ‘Schiffelersgrund’ to check out how it was a few decades ago at the border between two opposing ideologies during the Cold War. And of course a few flying machines as part of the exhibitions.

We also hiked along the mile-long stretch of original border fence that ends up with a rebuild watch tower. A very impressive museum of an intriguing but dark part of human history.

The Iron Curtain impermeably soon became more than just a symbol of metaphor; by the early 1960’s it also effectively described a material presence that reached nearly 7000 kilometres north to south through central Europe, by which effectively cutting Germany into the WDR (West Germany) and DDR (East Germany).

As all Allied powers sought for reparations by Germany for what happened during the 2nd World War, but also rebuilding the economy at the same time differently; mainly opposed between socialism and capitalism, the USSR started building a physical barrier.

Fences, walls, watchtowers, barb- and razor wire, minefields, border patrols and guard dogs became a common sight along the linear features that also cut the city of Berlin in half. Or rather more specifically as an island within the DDR. Where the political world leaders grew paranoid of each other with the prospect of all out nuclear war, forces at the borders were just the same watching their opponents every move 24/7 just across the barrier…

At some distance from it were the military bases with troops, forces, aircraft, missiles, tanks, radar and communication stations ready at a moment’s notice to spring into action. A day that never came as this war was kept cold enough from what was known as M.A.D.: Mutually Assured Destruction. If one side would fire their nuclear ICBM’s (intercontinental ballistic missiles) it was a sure thing for the other to do the same… 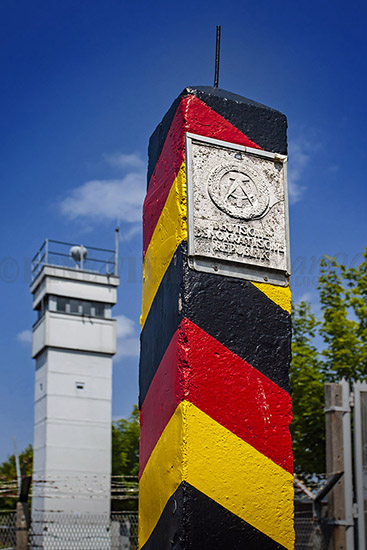 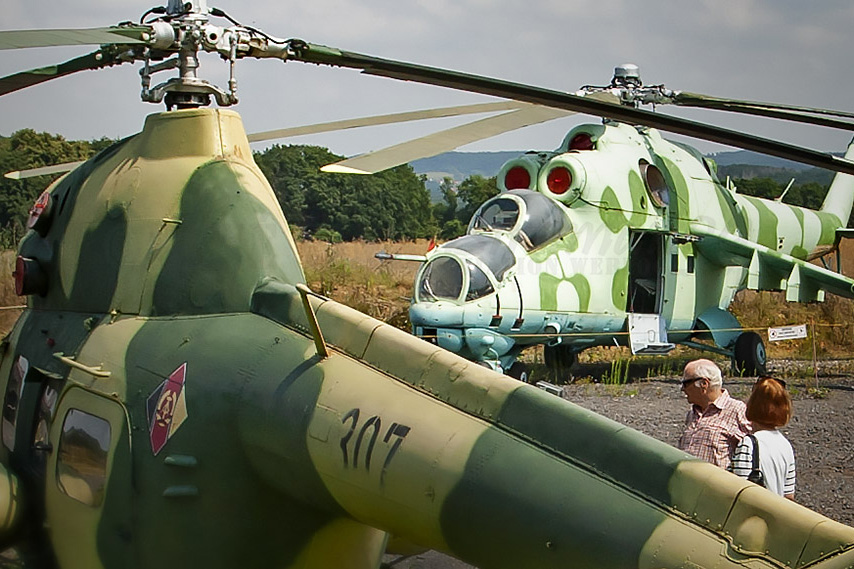 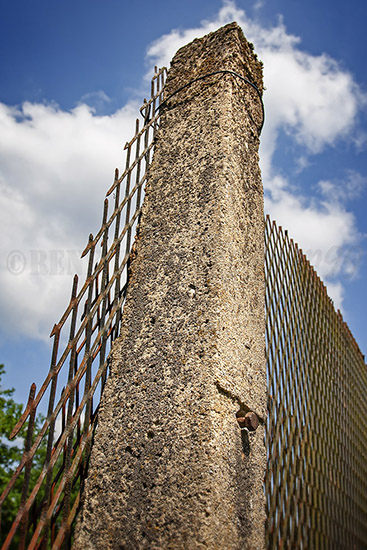 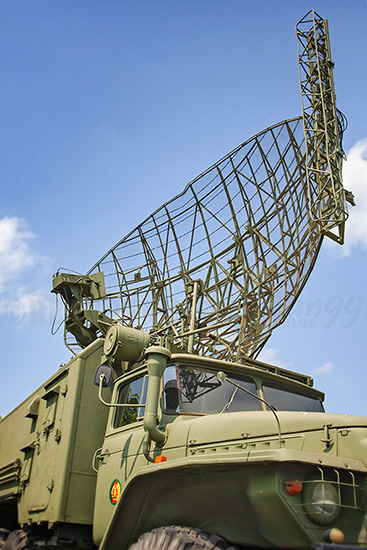 Today these same borderlands form the backbone of Europe’s most ambitious and extensive set of ecological preserves called “The Green Belt”. Where the ‘military death strip’ formed an ugly and painful scar through the middle of Europe it is now a line of reform and transformation with little resemblance to its former years. Except for certain short sections dotted along its length to reminisce and educate such as the ‘Grenzmuseum Schifflersgrund’ close to Bad Sooden-Allendorf.

The museum boasts a plethora of relics, photo- art- miniature and mock-up exhibitions indoors as well as outside for a modest entrance fee of €5,-. Besides this the museum maintains a stretch of 1,5 km long original ‘Iron Curtain’ border fence, ‘colonnenweg’ (patrol road) and ploughed earth band, where in the day footsteps of potential border crossers would be spotted by the border patrol.

It ends just at the foot of a hill where on top sits a rebuilt border control viewing tower.

Aviation-wise Schifflersgrund has, to sum up, a BO-105 of the German Army as a gate-guard amongst armoured and police vehicles, a NVA (Nationale Volks Armee, or National People’s Army) MI-2 and MI-8, A USSR MI-24, An Alouette ll and UH-1 of the Bundesgrenzschutz (Federal Border patrol).

Most of these helicopters were used for border patrol, troops movements and potential attack and infringement like the NVA MI-8 with its NATO name ‘Hip’.

All helicopters are behind a chain fence with the exception of the ‘Hip’ where visitors can climb into from the front-left door, look into the (barricaded) cockpit, sit on the troop carrier pull-down benches. Exiting through the back as its clam-doors underneath the tail boom are opened. There is a very distinct smell inside that is not uncommon for these older Russian aircraft.

Personally I’m very much intrigued by all of this, I was born in 1986 so just three years of age when ‘the curtain’ fell and I didn’t live through that knowing about it. But I do remember going along my mum’s car rides on Saturdays in the nineties. We went to get cheaper gasoline and buy groceries different to what was available in the Netherlands. Those early years there were still border checks where my mum had to show our passports and there were physical barriers and officers saluting… That made an impression on me as a little kid I later got to again exploring Twenthe Airbase on my own in 1999. That sinister, military, behind a razor wire fence kind of feel got me excited in a very specific way. Even after ten years after “the splinter” had been pulled, so to say…

Walking the actual ‘Iron Curtain’, soaking up all exhibitions and shooting photos for this blog at the Grenzmuseum Schifflersgrund really hit something deep inside me in which I can really relate to the vibe of the era.

Because of this and to also further support the museum I bought a relic actual piece of the ‘Iron Curtain’ for the nominal price of €5,- which now sits proud in my home.