At the Fence: Leeuwarden Airbase

Leeuwarden AB - Hoping to see some Norwegian Air Force F-35A’s in action my friends Erik, Ruud and I set out to go to Leeuwarden Airbase in the north of the Netherlands. Sadly, that goal didn’t get met but the other flying ops made up for a wonderful day out during the Weapons Instructor Training. We even got treated to a practice display of the Dutch Hawker Hunter Foundation (DHHF) with their Hunter F.6A, two overhead passes of the ‘Medic01’ H145 aerial ambulance helicopter and a FCF of the newest RNLAF F-35A J-019. Sunny spells and a slight breeze to go with a lot of familiar faces on spotters hill made for a great day out at the fence!

A lot of hearsay and false promises but at least the weather forecast looked good which made me decide to go. I rang up my long-time spotting-trip friend Erik and he was up for it. Even though there were a lot of rumours about the Norwegian Air Force F-35A’s going back, this didn’t happen so hopes up to see them go up this day. They came with five strong attending the Weapons Instructor Training (WIC) along with Belgian Air Force (BAF) F-16A’s and RNLAF F-16A’s and F-35A’s.

The WIC is a six month course to train fighter pilots into weapons Instructors. Only the most talented and experienced pilots are selected for it. Kind of like the famous ‘Top Gun’ school for the US Navy. The course consists of three main parts consisting of air-to-air, air-to-surface and mission employment. Attendees will be touched in the specifics of tactics, weapon systems and how to employ those the best and most efficient way. They learn how to give instructions and follow certain procedures and go deeper into the phycology of implementing tactics and weapons so they can later convey this back home.

Aerial combat is a big one when it comes to training. Something that goes back to both World Wars, but also infamously to the Vietnam War. It was then where the US was losing the war in the skies with the F-4 Phantom. A fighter so promising both the US Navy and USAF quickly implemented the versatile jet as a front-line fighter and later the USMC as well. But where designers took a major oversight in their adversaries at the time in the form of Mig-21’s with skilled pilots in the cockpits and putting faith into missiles over guns they were being shot down at a ratio of 2:1. It was still shooting down twice as much as the enemy was but every time one Phantom was downed two crewmen were killed or captured. In the history of American aviation never had so many sacrificed so many for so little.

Besides the fact engineers came in to design the Phantom without a gun, thinking the days of close aerial combat were over, pilot training came up short with the lack of basic tactics of such. By the Vietnam War the lessons of dogfighting were fifty years old, but no one was teaching them. Despite that, it has long been known if a fighter pilot survives the first few combat missions the chances of surviving throughout their careers improves dramatically. This is because of what they learn, which was the birth of the first fighter pilot schools and major exercises. With today’s sophisticated and complex systems proper training is paramount for those who have to use them. 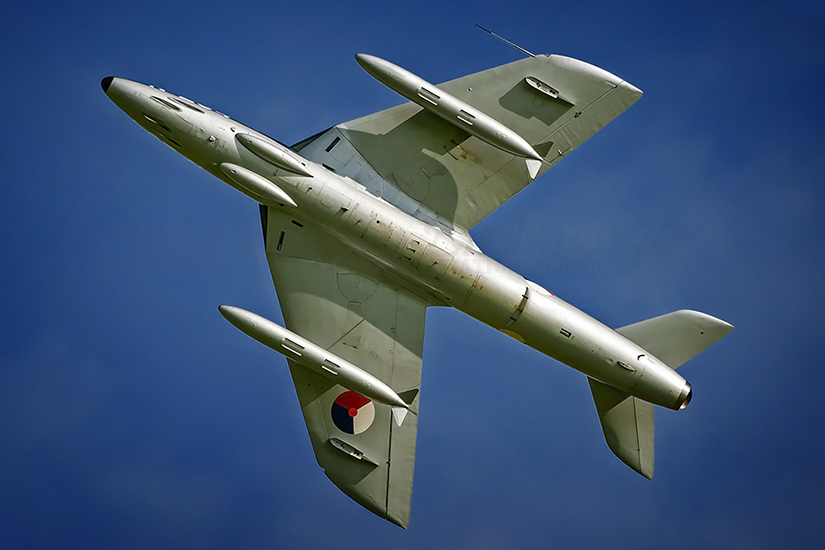 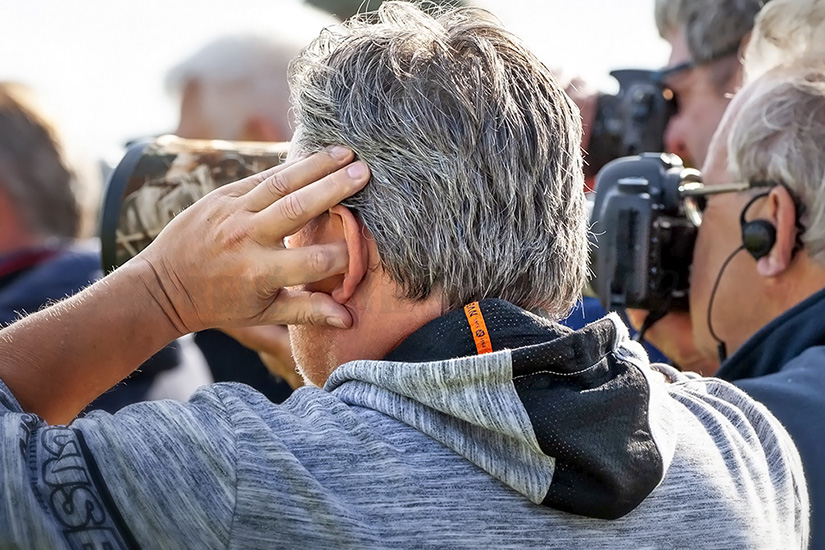 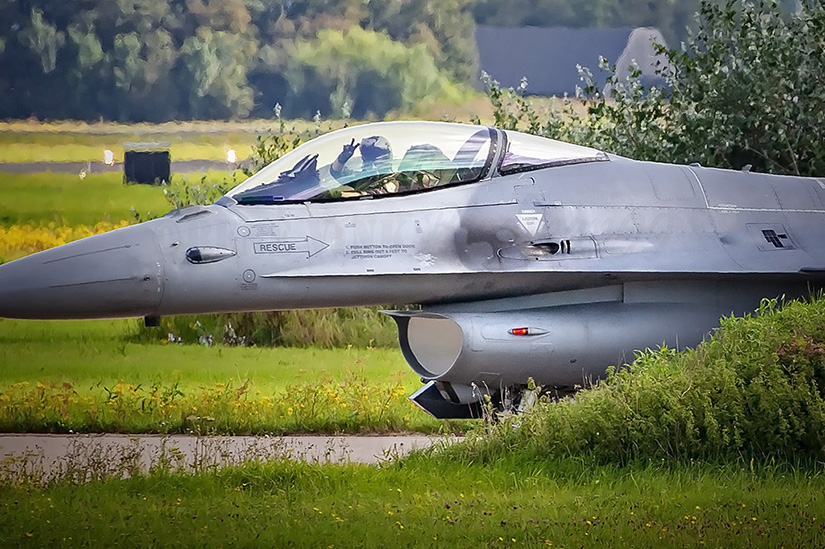 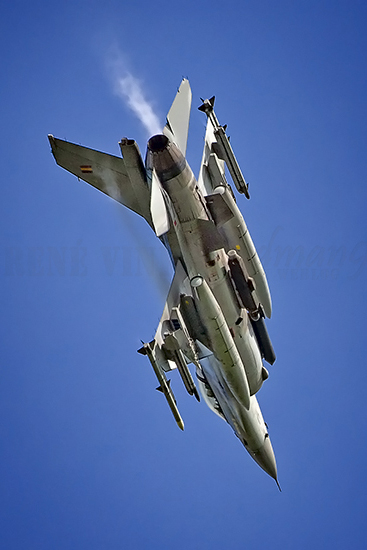 So a lot of rumours, hearsay, things heard through the grape vine… Those Norwegian F-35’s might go back home, the pilots of this class of WIC were taken to Norway to drop live ordnance in a Fjord because the Dutch range at the isle of Vlieland was out of bounds because of the tourist high season… I heard about a join-up with a weapons training going on from the German airbase Laage that might result in visiting GAF EF-2000’s and Tornado’s. But none of that, not even those Norwegian Lightning ll’s going up. We were treated to air-to-ground sorties going up by RNLAF and BAF F-16 pilots and three RNLAF F-35A’s going up, one of which was unrelated to the WIC because of a FCF (two tough and go’s before a full stop!).

In between WIC flight ops going on the DHHF went out with their hunter F.6A for a practice display over the field. A nice surprise and so lovely to hear that ‘Blue Note’ sound once again when it came over in a high speed pass. The airflow around the gun ports during high speed flight make a very specific howling sound, the same principle when blowing on the edge of an opened bottle.

In all, it was a bit of a tame day but it was great to spend an old fashioned day at the fence and on the hill again. Meeting up and chatting with a lot of familiar faces once again!

A big shout out to everyone I met, the RNLAF, BAF, DHHF, Waddenheli and of course Erik and Ruud as travel companions!